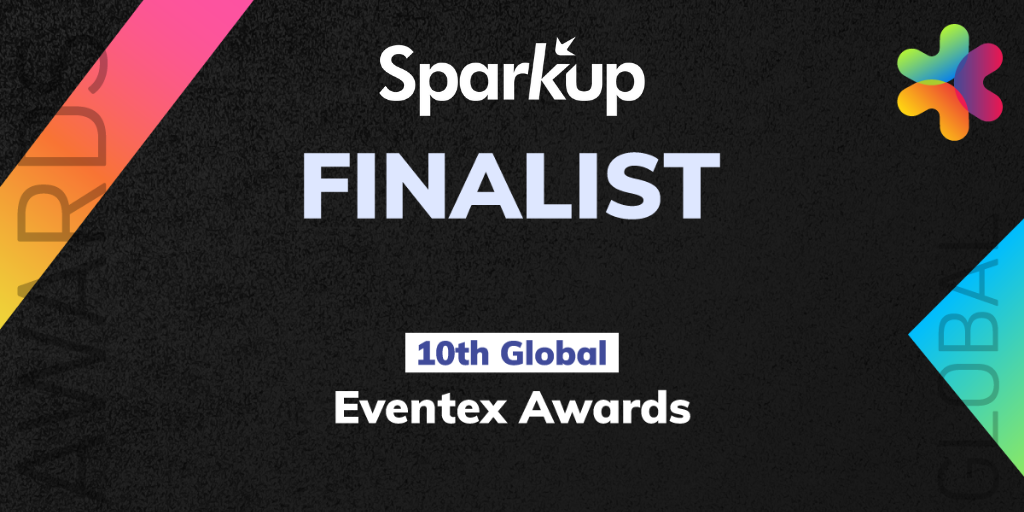 Eventex Awards - the biggest global event awards, announced the finalists in their 10th-anniversary edition. An impressive 444 entries from 39 countries around the world competed to make it on the prestigious list. The competition recognizes excellence in every aspect of the event industry - from events and experiences to event technology, suppliers, venues, and destinations.

“The world of events is one of the most exciting and fast-paced industries nowadays but it’s also pretty tough and demanding. So everyone who’s part of it deserves a big “Bravo”! We feel privileged to recognize the best in our industry”, says Ovanes Ovanessian, Co-founder of Eventex Awards.

Eventex Awards entries are judged by an independent jury comprised of 70 top influencers and thought leaders from the industry, while all People’s Choice categories are voted by the public. The winners will be announced on 26 March 2020.

Sparkup has been selected among Eventex Finalist in the Audience Engagement Technology Category.

Rewarded for our Creativity and Innovation, our achievements and Results and the overall concept of Sparkup, it’s a privilege to be awarded by such a prestigious team of industry leaders!

You can see the official list of finalists here.